By the end of World War I, diamond mines in Kolmanskuppe, a site in the Namib Desert, ceased to be exploited. For over two decades it had been one of the wealthiest settlements in Southern Africa. During that time of splendour, German colonists who run the site had built their peculiar residences there evoking the architecture and décor of those in their homeland Bavaria. After it was closed down and its inhabitants left, Kolmanskuppe became a ghost town engulfed by desert sands. With his series Indoor Desert, Álvaro Sánchez-Montañés enters these houses abandoned to the desert to unveil the serene enchantment that dwells in their chambers. 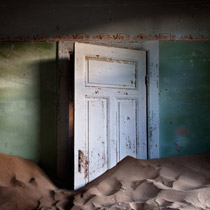 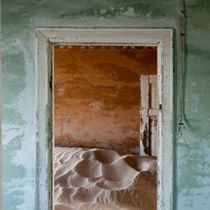 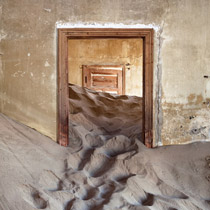 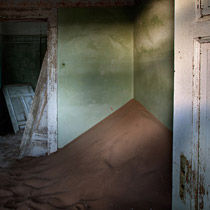 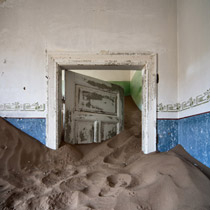 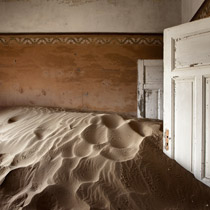 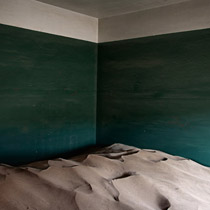 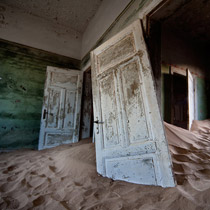 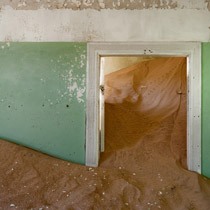 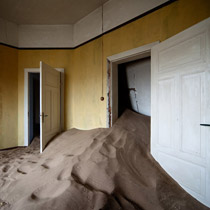 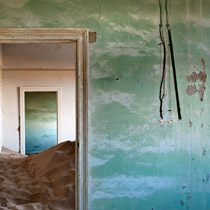 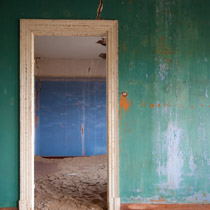 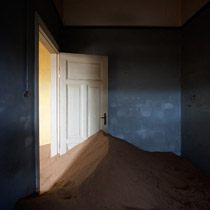 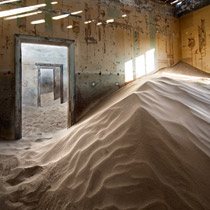 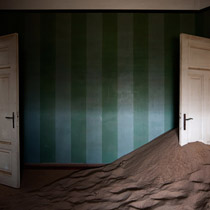